Mention the name Edward Bunting in traditional music and Irish history circles and the majority of those engaged will claim at least some knowledge of the man. So, who is this Edward Bunting and just what is his claim to fame?

Born in Armagh in 1773, Edward Bunting was a prolific collector of traditional songs and tunes. His three volumes of The Ancient Music of Ireland, were published in 1796, 1809 and 1840 respectively.

Edward began formal music studies at the young age of seven in Drogheda, county Louth. He showed such great promise that by age eleven, he was scouted and became apprentice to William Ware, organist of St. Anne’s Parish known now as Belfast Cathedral. Later, he became the church organist at St. George’s Parish Church, High Street Belfast before the last chapter of his professional and personal life took place in Dublin, where he is buried.

It can be deduced from all accounts, that Edward Bunting was born to a Catholic mother and a Church of Ireland father. Whilst in Belfast, he resided at the home of the famous McCracken family and became somewhat of an “adopted’ member of that Presbyterian family having stayed with them for thirty-five formative years! At age nineteen, with the shared interests and formidable support of the siblings, Mary Ann McCracken and Henry Joy McCracken, the classically trained and most competently skilled young Bunting was put to the task of transcribing the music presented at the Belfast Harpers’ Gathering in 1792 for the purpose of preserving what was referred to as the “ancient melodies of Ireland”. His love and devotion to music found him living a rich life within the varying traditions, cultures and religions of the communities of Belfast city. By his own account, he developed a particularly strong, innate love of the old Irish melodies which he believed were unrivalled by any other country. Thus, his famous reputation was sown.

Lost for many years, Bunting’s collective works contain invaluable clues and commentary that reveal both the practices and perceptions of his time, preserving both precious history and heritage. In 1916, Omagh musician, composer and music collector Charlotte Milligan Fox (1864-1916), Founder and Secretary of the London Irish Folk Song Society in 1904, bequeathed a vast proportion of his manuscripts to Queen’s University, Belfast where they presently remain.

Edward Bunting’s contribution to traditional music cannot be overstated and his story, our story, continues to live on through the music of today both knowingly and oft times, even unknowingly! 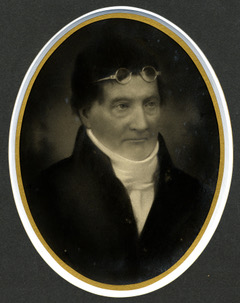 The Remembering Bunting Festival is fully offered online for 2021, bring Belfast to the World and back!

The Remembering Bunting Festival is produced by Dún Uladh, Comhaltas Ceoltóirí Éireann’s Regional Cultural and Heritage Centre based in Omagh.

Funded by The Executive Office’s Good Relations Fund through the Together Building a United Community Programme.